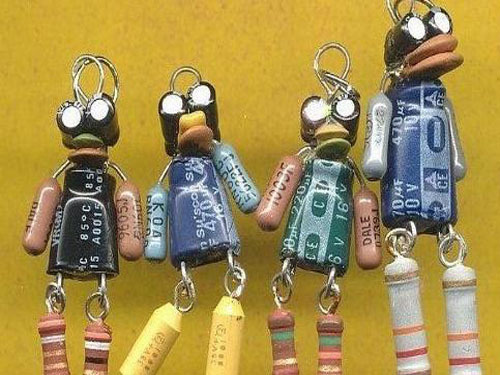 For the varistors used in our equipment, the original model number was 14D101K. During the actual operation for 3 months, this type of varistor is often burned. Later changed to 14D121K, the actual operation of 3 months, no burn was found. Therefore, in order to guide the future work, organize and study this information, and in the process of finishing, found that the varistor should not be directly connected to the input of the component. The details of the specific varistors are as follows:

First, the principle of varistors

Varistors mean "the resistance varies with voltage over a range of currents and voltages," or "resistors whose resistances are sensitive to voltage." The corresponding English name is "VoltageDependentResistor" and it is abbreviated as "VDR".

Second, the role of varistors

The most important feature of a varistor is that when the voltage applied to it is lower than its threshold "UN", the current flowing through it is extremely small, which is equivalent to a dead valve. When the voltage exceeds UN, the current flows through. Its current surge is equivalent to the valve opening. With this feature, it is possible to suppress abnormal overvoltages that often occur in the circuit and protect the circuit from overvoltage damage.

A varistor is a device with transient voltage suppression that can be used in place of a combination of a TVS diode, a zener diode, and a capacitor. Varistors can protect the circuits of ICs and other devices from damage caused by electrostatic discharges, surges, and other transient currents (such as lightning strikes). When used, it is only required to connect the varistor to the circuit of the protected IC or device. When the voltage momentarily exceeds a certain value, the resistance of the varistor rapidly decreases, and the large current is conducted, thereby protecting the IC or the electrical appliance. Equipment; When the voltage is lower than the varistor operating voltage value, the varistor resistance is extremely high, almost open circuit, and thus will not affect the normal operation of the device or electrical equipment.