With the advancement of the TD-LTE industry, TD-LTE chips and terminals are rapidly maturing. At the 2013 Beijing Communication Exhibition held recently, many parties including operators, terminal manufacturers and industry alliances demonstrated the development results of TD-LTE chips and terminals. Although there is still a certain gap between today's TD-LTE industry and FDD and TDD, under the upcoming large-scale commercial conditions, under the strong promotion of the industry chain represented by operators, the TD-LTE chip and terminal industry will Usher in unprecedented great development. 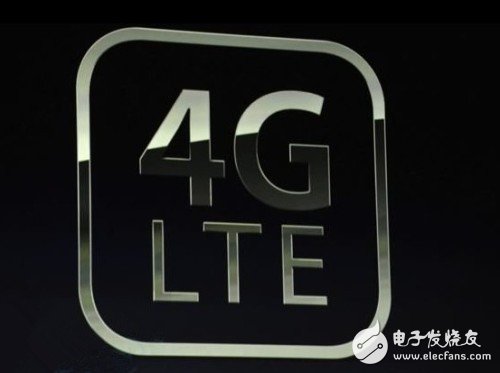 Despite the large number of participating companies, the development of LTE terminal chips is by far the most technically difficult terminal chip development project. LTE terminal chips entering commercial use will be multi-mode chips, and must support and be compatible with more mobile communication standards. This is a serious challenge for terminal chip development companies. In this regard, Chinese and foreign companies have their own advantages. Most of China's chip companies started with the research and development of TD-SCDMA chips, which have obvious advantages in the field of TD-LTE, but many companies have shortcomings in other standards. International leading companies need to make up for their deficiencies in the field of TD-SCDMA. Support for multiple frequencies is another difficulty in developing LTE chips. In the 4G era, there has been no good solution to the fragmentation of global frequency bands. People hope to solve this problem through the support of terminals for multiple frequency bands. This is another serious challenge facing terminal chip companies. At present, there are more than 40 different mobile communication frequency bands in the world. To support so many frequency bands at the same time, it is also necessary to effectively control the power consumption of the terminal. The technical difficulty can be imagined. In addition, terminal chips must keep up with the pace of semiconductor chip technology upgrades, continuously reduce terminal power consumption, and integrate more functions, all of which require chip development companies to have a stronger overall strength.

From the current industry situation, Qualcomm has launched LTE terminal chips and reference solutions that support all mobile communication standards and more than 40 frequency bands in the world, and is in a leading position in the world. Among the Chinese enterprises, HiSilicon has also launched five-mode LTE terminal chips. Spreadtrum, Lianxin, and Zhongxing Microelectronics â€™multi-mode chips have also reached commercialization levels. It should be said that China â€™s LTE chip industry is already based on TD-SCDMA A big step forward is an important force supporting the development of China's LTE industry. At the same time, we should also see that there is still a big gap between China's LTE chip industry and the world's leading level. The number of TD-LTE terminals that China has focused on is not large, and the chip technology level and maturity need to be further improved. If the technical level and maturity cannot be improved to a new level before the large-scale commercialization of China's 4G network, China's LTE chip industry may be eliminated by the market.

How to further promote the development of China's LTE chip industry is an important issue in front of China's industry authorities. Some experts suggested that China should further improve and optimize the relevant technical indicators of terminal chips to avoid delays in the R & D process of enterprises and waste of R & D investment. Some experts believe that considering the development and application status of China's TD-LTE industry and the technical strength of Chinese enterprises, too many, too high, one-step technical indicators are not conducive to the rapid launch of commercial products, but increase the domestic industrial chain. R & D pressure. Industry experts believe that at present, there are problems such as excessively high technical index settings in TD-LTE multi-mode multi-frequency and voice solutions, and chip and terminal companies are facing huge technical and market pressure. To this end, some experts suggest that China should achieve the TD-LTE multi-mode multi-frequency index in stages and at different levels. Experts believe that in the context of a small demand for international roaming data services, the domestic terminal chip industry chain should be encouraged to give priority to supporting the GSM / TD-SCDMA / TD-LTE three-mode system, and gradually promote the development of core chips of five-mode and above. In addition, experts also suggested that the TD-LTE voice solution should be steadily promoted, hoping that operators can achieve global unification of specific technical indicators and implementation steps, give the industry chain clear and clear planning indicators, and avoid causing resources to upstream companies in the industry chain waste.

In short, China's LTE chip industry already has a relatively strong technical foundation and industrial foundation. Although there is still a big gap with the world's leading level, there is still a long way to go, but under the conditions of the upcoming large-scale commercial conditions, the operators With the strong promotion of the industry chain represented, it is believed that the TD-LTE chip and terminal industry will usher in unprecedented great development.

Christopher Taylor, Director of Service for RF and Wireless Components (RFWC) of Strategy AnalyTIcs, said: "The LTE baseband chip market is still eagerly looking forward to the emergence of another strong supplier. It has the potential to gain multi-mode LTE market share in 2014. However, as Qualcomm rapidly advances its highly integrated multi-mode LTE-A chip in the market, challenging Qualcomm's leadership is a difficult task in front of these manufacturers. "