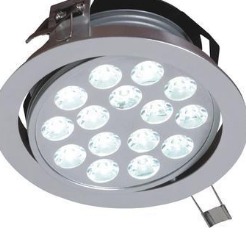 "You see, even people are rare nowadays. What kind of business is there?" a shopkeeper complained to reporters, and now it is in the off-season. Business is harder to do.

The LED lighting area on the first floor of the Ningbo Modern Mall opened to the public in June this year. The area is full of LED stores. Some big brands such as Qinshang Optoelectronics and Philips are particularly eye-catching in the area. At present, the area has not yet formed a full scale, but there are still shops in the "camps".

Although the product classification is clear, the area is unusually deserted, and there are obvious differences with the lighting area on the second floor. According to the management of the mall, most of the stores in the LED area are the shops on the second floor, and now half of the area is still the previous appearance, and there is no renovation, so it is rather messy.

The modern shopping mall is a famous home plaza in Ningbo. Therefore, the consumer demands of the mall are mostly high-end and high-grade products. The decoration style and products of the LED building on the first floor can not obviously meet the needs of such consumers.

Today, although LED is in its infancy, technology is not yet mature, and high prices make consumers discourage, but this is the general trend of the lighting industry. The establishment of LED zones in modern shopping malls is a bold move in response to the trend. Perhaps with the shift in consumer attitudes and the gradual decline in prices, the LED terminal market will finally usher in the spring.