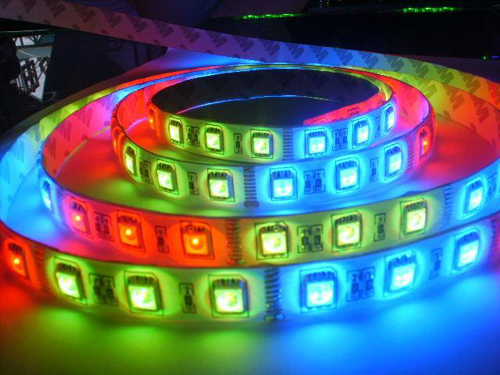 With some LED lighting products entering the ranks of the government procurement list, at the same time as the international led companies cooperate with Chinese LED companies on a large scale, as a whole to upgrade China's LED technology water products, therefore, China's LED commercial lighting in 2013 should be more worth looking forward to than in 2012.

Traditional lighting giants such as op lighting and NVC lighting have recently demonstrated that this can be demonstrated by the promotion of the flag into LED lighting. However, LED companies with technological advantages and traditional companies with channel advantages will face fierce competition in the face of market looting. Traditional lighting companies will face greater pressure from the pain of transformation. It is expected that in 2013 the Chinese market will stage a battle of LED commercial lighting. However, some experts believe that the LED lighting civil market is the highlight of China's LED lighting, so many domestic LED companies in 2013 to the civilian lighting market as the focus of development targets.

LED lamps can be repaired, but the maintenance is very inconvenient, the market knows how to maintain the LED's less talent; In addition, many consumers gathered on the three or four-wire market, LED lighting awareness is very low, ordinary Consumers have not even seen LED lamps. Of course, this problem is not only LED companies will encounter, the traditional lighting companies to enter the LED lighting market will face such problems. Only if a brand is operated in a region, the completeness of product variety and product items is also crucial. For this reason, traditional lighting will also be accompanied by LED civilian lighting products when switching to LED commercial lighting.

In the field of civil lighting, the consumption cycle is an important factor for manufacturers to consider. If the lifespan of LED lamps is as long as tens of thousands of hours, then when the market coverage of LED lighting products reaches a certain level, it will enter a period of relatively slow development. With the declining prices of LED luminaires, technological enhancements, and increased awareness, the market will show a rising trend, while the latter will gradually become saturated with the market, while the civilian market will mainly replace the consumption patterns. Under the premise of long service life, the market will be in a down period, which will be a long process.

China's LED lighting industry urgently needs to change disorderly competition, produce middle- and low-end products, and rely on the phenomenon of the country, otherwise it will be very likely to repeat the old road of wind power and photovoltaic industry, and prosperity will become a flash in the pan. At present, there are more than 5,000 companies that produce LED lighting in China, of which about 20% are above-scale enterprises. The enterprises are generally small-scale and have low industrial concentration. As the core technology of the LED lighting industryâ€”chips are mainly held in countries such as the United States and Taiwan, Chinaâ€™s LED lighting companies mainly produce low-end products with low added value. Because of the similarity of various products, disorderly competition is evident.

The LED industry started late in China, but due to its broad prospects and in line with future energy development requirements, many provinces and cities began subsidizing LED lighting products since 2009. In order to seize the market opportunities, various localities have started from the interests of the region and provided local LED lighting companies with many benefits. Low entry barriers, multiple subsidies, and good development environment make the LED lighting industry that grows in the â€œgreenhouseâ€ lack core competitiveness and strong homogeneity, and without exception rely on the country. Many companies do not even have the technology to produce LED lighting fixtures, just to enjoy various subsidies for state subsidies, tax reductions, and cheap industrial land. For a long time, state subsidies have occupied a considerable portion of the profits of LED companies. Even the leading enterprise, Sanan Optoelectronics, had a profit of 668 million yuan in the third quarter of 2012, and government subsidies also accounted for 328 million yuan.