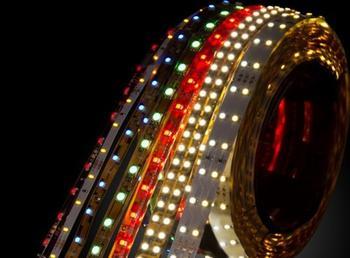 The warming of the industry has made the stock prices of these companies hot. In May, the A-share LED sector has risen strongly. Of the 20 LED listed companies in the SWS industry, 17 have risen more than 20% during the month. Silan Micro (600460), rectangular lighting, Sanan Optoelectronics (600703), Hongli Optoelectronics, BDO Runda, and Nanda Optoelectronics (300346) had a cumulative increase of more than 40%, surpassing the broader market.

Behind the frenzied rise in the stock price, market participants are also optimistic about their fundamental expectations. During the visit to Guangdong LED listed companies, the reporter saw a similar LED lighting heat in ancient towns.

â€œThe LED market seems crazy! Originally expected to start the market in the second half of this year, no one would have thought that it would start in March and April ahead of schedule. LED lighting has officially been in heavy volume,â€ Wang Donglei, chairman of BDO Runda, told the China Securities Journal.

Wang Donglei introduced that the LED market is rapidly heating up, and LED lighting is currently used in newly built shopping malls and shopping malls. This year's streetlight tender in Guangdong Province is also much larger than last year's quantity. Since last year was in the government's change of term, all cities in Guangdong are implementing new projects this year. He believes that the streetlamp market will have greater improvement than last year. During the visit, the reporter found that many large LED manufacturers have tight production schedules. â€œThere are endless orders in hand, the demand suddenly exceeds expectations, and the entire market capacity cannot keep up, and most of the packaging companies are in full production.â€ said Wang Donglei. .

According to the lighting management team at Qinqin, the mature conditions in the field of indoor lighting will bring a "sweet period" to the LED industry. The company's vice president, Zhu Bingzhong, wrote a report to the reporter of the China Securities Journal. Assume that the power of an LED lamp that can replace a 40-watt incandescent lamp is 3 watts. The design life is 40,000 hours and the unit price is 40 yuan. The energy-saving lamp that can replace the 40-watt incandescent lamp has a power of 8 watts and a design life of 6000 hours. The price is 12 yuan. In the commercial field, one LED per degree is calculated. A single LED lamp can save electricity costs by 15 yuan per year compared to energy-saving lamps. Commercial lighting can recover LED product purchase costs in about two years. In the civilian field, the calculation of 0.5 yuan per kilowatt-hour is based on the fact that a single LED lamp can save electricity costs by 4.56 yuan per year compared to energy-saving lamps, and civilian lighting can recover LED purchase costs in about 6 years. â€œThe conditions for the application of LED lamps in the commercial sector have matured, but they still face the problems of excessively high prices and long payback periods in the civilian sector. With the further decline in the prices of LED products, the conditions for use in the civil sector will gradually mature, and the lighting industry will then become It will also enter the "sweet period." Zhu Bingzhong said.

The products have a high share in China, and also used for INDUCTOTHERM,ELECTROTHERM,MEGATHERM,PILLAR,SUPERHEAT,ABP , Mitsubishi electric, Fuji, the United States Yingda equipment and other manufacturers of  induction Furnace.