Recently, Guo Jun, senior vice president of Gome, announced at the 7th Caixin Summit with the theme of â€œReform Executionâ€ that the first professional VR theater in China will be built in Gome. Before the end of this year, Gome stores in Beijing, Shenyang, Dalian and Shenzhen will all build VR theaters. It is reported that this is the first time that a professional VR cinema has settled in China. Gome expects that 100 VR theaters will meet fans in the Gome store in 2017. 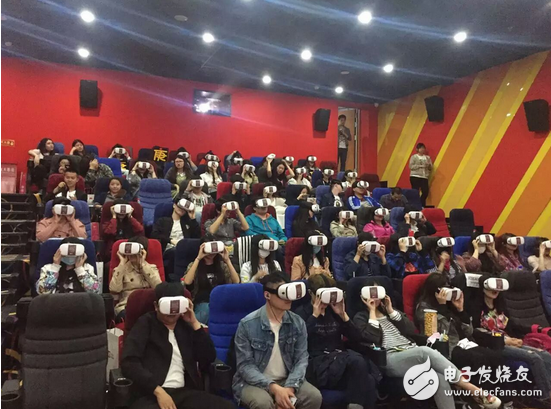 VR devices, commonly known as virtual reality devices, enable visual and auditory simulations that make users feel like they are in a virtual world.

As early as April of this year, Gome cooperated with HTC Vive to develop the experience zone in the country's Gome stores. At Gome stores, consumers can experience the magical feelings that HTC Vive brings to us, and experience the wonderful experience that VR devices bring to us through video appreciation and game interaction. At the same time, Gome also cooperated with the domestic leading mobile VR equipment manufacturer Storm Mirror, and built the largest mobile VR experience museum in Beijing Gome Madian Pengrun. In order to enhance the consumer experience, Gome and the United Content Developers have established the nation's first â€œVolcano Lavaâ€ VR Scene Experience Hall, which enhances the experience of VR products through visual, sound and sensory stimulation. .

By cooperating with Samhoud Media, the world's largest VR content manufacturer, before the end of this year, Gome's Beijing Dazhong Madian store will be built into the first professional VR theater in China, with an area of â€‹â€‹200 square meters, which can accommodate 60 people at the same time. . The introduction of the film content will break through the regional restrictions, supported by the Dutch VR film company and Gome partners. The international high-quality content will create perfect immersive and highly interactive viewing experience for the viewers.

Guo Jun, senior vice president of Gome, said: â€œGome has nearly 1,700 offline stores in the country. In the future, Gome will have the most complete VR content and the largest number of VR theaters in the country. The online and offline channels will be deeply integrated. Under the strategic background, through effective supply, supply chain integration and diversified channels, Gome will redefine retail, let us go further than our dreams."

In the future, automotive electronics will move toward the trend of big functions, namely: mobile communications, multimedia leisure, safe driving assistance (including automatic driving), ride comfort, energy saving (including electric vehicles), protection and preservation, all of which pose challenges to the PCB industry. At the same time, it also provides good development opportunities. For example, autonomous driving will bring large-scale applications of millimeter-wave radar, so the demand for high-frequency PCB boards for radars will be significantly increased, and the value is significantly higher than traditional PCB boards; BMS in electric vehicles is one of the core components. PCB board is one of the basic components of BMS and will benefit from the development of electric vehicles.