Electric lights are an indispensable part of modern people's daily life. However, lighting lights for a long time causes energy waste. Liu Jimei, a professor of electronics and computer engineering at the University of Science and Technology, who has been engaged in research on light-emitting diodes for many years, recently collaborated with the founders of LED lighting companies to develop new LED bulbs that can deliver the equivalent of traditional 60W with a power of 8W. The light flow of eight hundred lumens of tungsten lamps reduces at least 80% of electricity. Liu said that the new light bulb is currently undergoing research on intelligent control, and it is expected that the switch of the light bulb can be controlled by a mobile device such as a mobile phone in the future.

This year, three Japanese scientists awarded by the Nobel Prize in Physics, Akasaka, Amano and Nakamura, invented high-brightness blue LEDs, which renewed attention to LED technology. Liu Jimei, a professor at the Department of Electronics and Computer Engineering at HKUST, has been engaged in semiconductor research for many years. She pointed out that LED is a kind of semiconductor electronic component that can emit light. It appeared in 1962, but it can only emit low-light red light in the early days. Until Nakamura Shuji and others developed blue LEDs, combined with green and red LEDs, produced a seemingly white light. 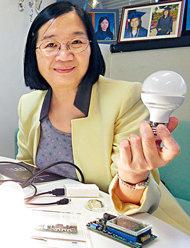 However, because the traditional 60W tungsten lamp and the neon battery are relatively cheap, they are very common in the market, but they generate more heat and consume more power. Liu Jimei cooperated with Wang Zhikang, founder of LED lighting company CLEDoS, to develop a new LED light bulb (airLED), which can emit eight hundred lumens of light equivalent to 60W tungsten lamp or 14W æ‚­ æ‚­ åªéœ€ 8 8 8 , , , , , Into electricity.

Based on an average of $9.33 per kilowatt-hour of electricity in Hong Kong, the four-hour 60W tungsten filament lamp is continuously turned on every day. The annual electricity bill is about $82. The new LED bulb is only 8W, so even if it is open for four hours every day. The annual electricity bill is only about 11 yuan. Although the cost of the new LED bulb is about 55 yuan, which is higher than that of the tungsten filament lamp and the neon bulb, the life span is as long as ten years.

Liu Jimei said that the development of new LED bulbs in the past two years, compared with tungsten lamps, to achieve "three low and no" effect, including low weight, low heat, low volume and no mercury, "we use the standard mode of the lamp, but The lamp body replaces the metal with plastic and is equipped with a astigmatism cover, so that the new light bulb uses both direct current and air as a heat-dissipating tool, so that the weight, heat and volume are lower than the tungsten light."

Looking forward to the future, Liu said that mobile devices such as mobile phones have become very popular in recent years, and research on intelligent control of light bulbs is currently underway, and the flow devices can be used to control switches in the future.

In addition to scientific research and invention, Liu also led students to produce microelectronic integrated circuits, and has developed into a fairly mature stage, which can be used as a micro-moving film, and is currently being developed by interested manufacturers.

With the development of science and technology, people's constant pursuit of vision, the display effect requirements are higher and higher, especially in the use of specific occasions, such as the wall is arc, to do cylindrical or wave shape, etc., Flexible LED Display can meet and achieve the effect of the best choice. 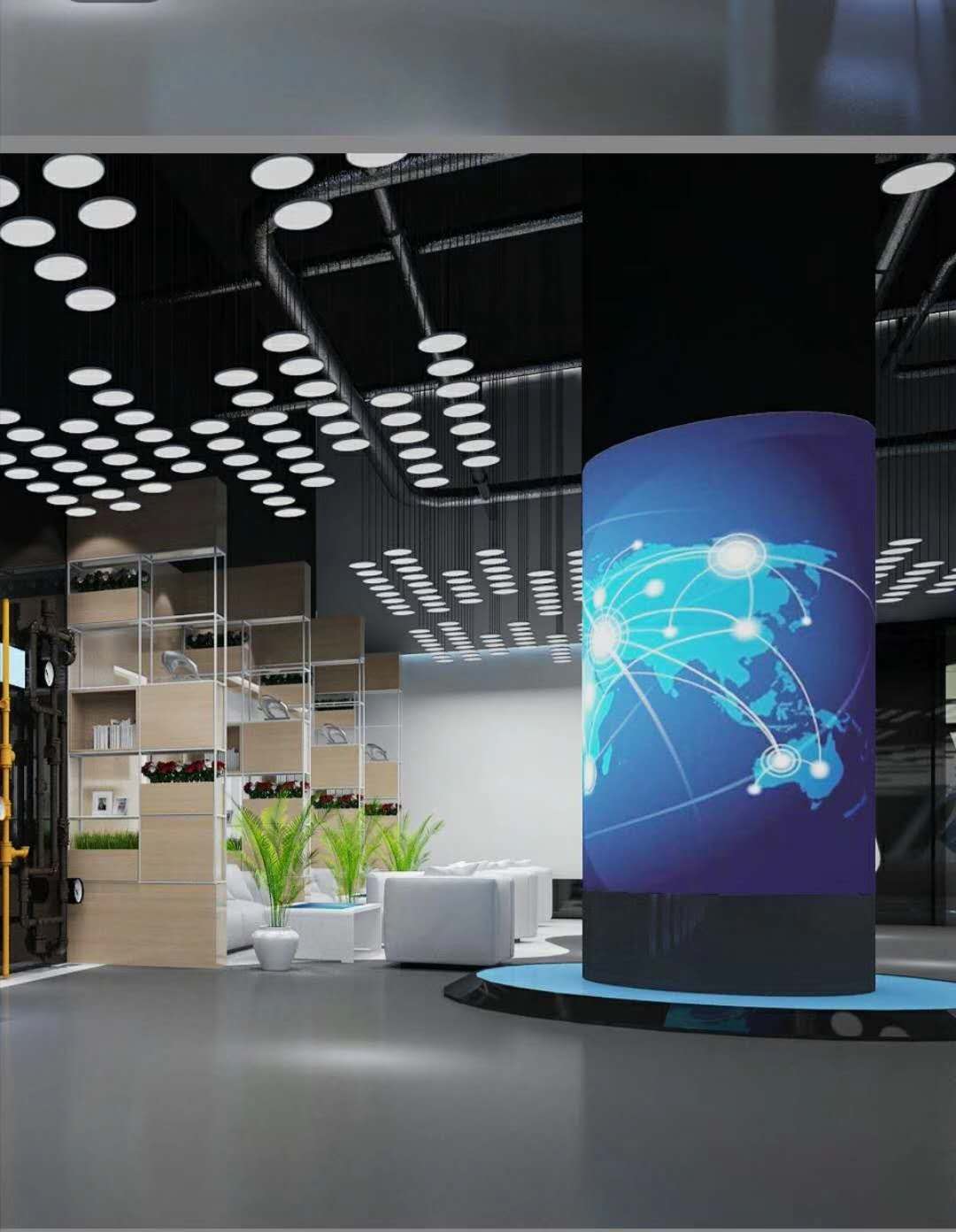 Flexible Led Screen Product features: PCB is made of soft PCB material, which can be bent back and forth at will, seamlessly spliced between modules, with smooth appearance, no block feeling, good flatness, hard LED module can not meet the requirements, installed with magnet, which can be maintained back and forth, simple maintenance, synchronous and asynchronous broadcast are supported.

Application scenarios: the screen can be as thick as 12mm, the module size is small, and the application scenarios are wide, such as curved surface display cabinet, shopping mall cylinder, bar, hospital, stadium, etc., which can also be made into curved mirror screens to facilitate movement and handling. 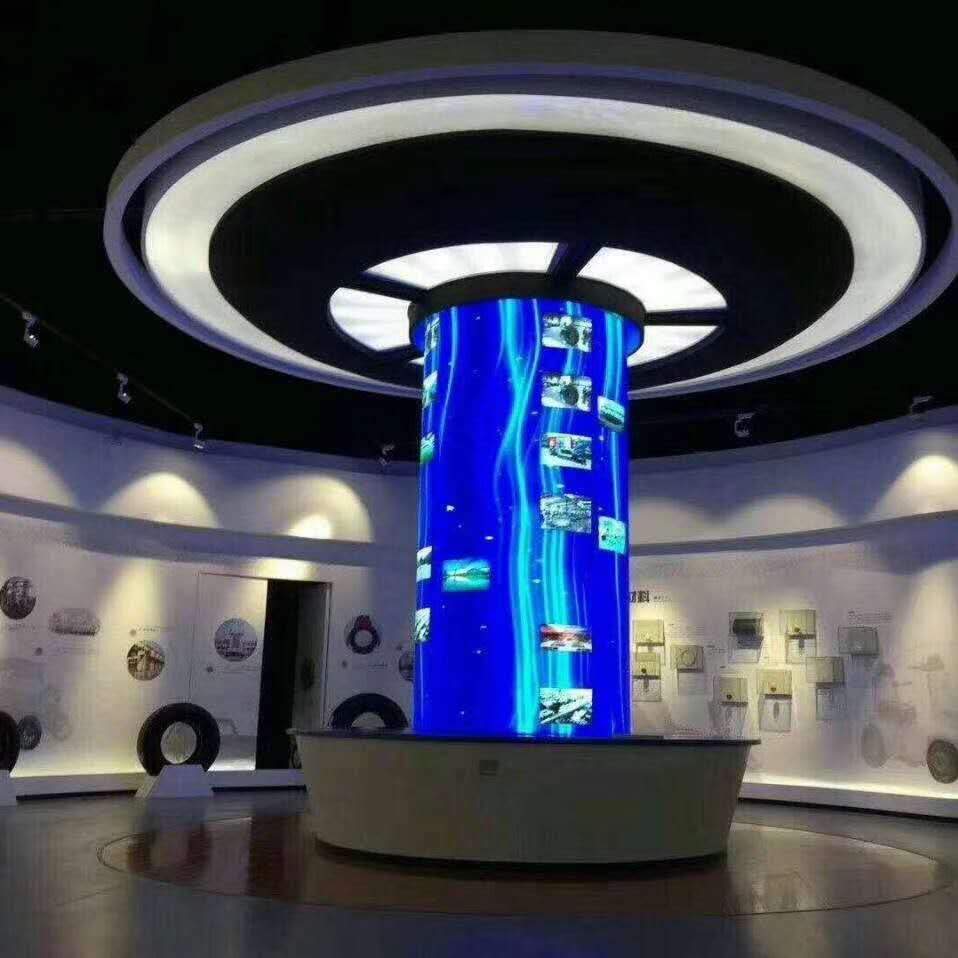 Structure and product principle: the module adopts line link and 5V low-voltage power supply to support vehicle power supply. It can be played synchronously or asynchronously. Can also be made in the factory according to customer requirements, the corresponding box structure, splicing customer requirements of the shape. Save the trouble of customers doing structure. The application of LED soft module is generally based on the requirements of modeling, showing the flexible beauty. In order to meet the viewing requirements of customers from different angles, the company adopts the latest packaging technology, 360 Â° without dead angle, color without distortion, gorgeous, and high reduction degree. The LED soft module circuit board of our company adopts vertical design. In the bending process, the line is kept on, the signal is not dropped, and the light is not dropped.

Note: because the screen is a soft module, it is spliced according to the structure, so in the process of making the structure, the precision of the structure is very high. The structure adopts iron material, which is convenient for magnet adsorption. 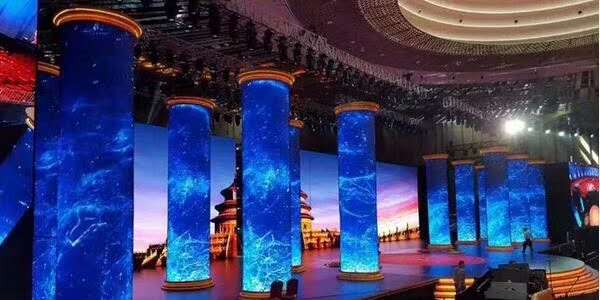